What is Community Care? Self-care is a readily understood concept, but community care could be more important. Community care is the support you receive from friends, family, and neighbors. This could be as simple as an encouraging text message from a friend or an...
Read More

Homemaking during difficult or stressful times is tough. Keeping a home running smoothly involves prioritizing, slowing down, asking for help, and a whole lot of grace. Prioritize Homemaking Tasks Prioritize your time and energy. First of all, take care of yourself....
Read More

How To Support a Friend Who’s Had a Miscarriage

After a miscarriage, there are weeks of emotional and hormonal backlash in the postpartum period. Community care is vital during this period: call or text, send a gift, lead a meal train, offer to babysit, and refrain from asking why it happened. When you have a baby,...
Read More

Ms. Monopoly: The “Feminist” Board Game

Hasbro has announced Ms. Monopoly, a "feminist" version of the classic board game that gives female players extra money and bonuses. According to its tagline, Ms. Monopoly is "the first game where women make more than men." Instead of all players receiving $200 when...
Read More

Nagging is Abuse: How to Banish This in Your Relationship

What is Nagging? Nagging is persistent harassment. It’s asking someone to do something repeatedly, in a hostile manner. In some ways, when a person is nagging they are a broken record, with a constant refrain. For example, a wife could just continuously ask her...
Read More
What's Hot, Women

How Mainstream Views on Love Could Destroy Your Relationship

So much of our success in love is psychological, or tied to the way we think. Is it possible you struggle in love because you’re harboring negative or erroneous beliefs about men and marriage?

We all move through the world with scripts we’ve learned from our parents and the culture. For instance, if you’re a product of divorce it’s possible you don’t trust love. Or perhaps your mother taught you to “never depend on a man.” Or maybe your parents had a bad marriage and were thus poor role models for love.

A 50-year-old career woman with four college degrees called into the Dennis Prager program on his “Male/Female Hour” and said this:

“I was programmed to get into the workforce, compete with men, and make money. Supposedly, that would be a fulfilling life. But I was told that by a feminist mother who was divorced, who hated her husband—my father.”

Countless women grew up with a similar message. Simply put, they were taught that love is precarious or unsustainable.

As a result, people create scripts, or paradigms, that never leave their brains. Women like the one above will swing the pendulum too far in the other direction out of fear. They may happily date or even marry, but their underlying belief in love has been damaged. They don’t believe it will last.

That’s because they internalized what they witnessed growing up.

But here’s the thing: When we’re children, our brains aren’t fully developed, and we don’t realize that what we’re seeing isn’t conclusive. We don’t think critically and ask ourselves if our observations are true or even accurate. We just believe what we see, which means we end up as adults walking around with a flawed belief system that holds us back.

Here’s a great example. In the January 2019 issue of Elle, Jennifer Aniston insisted she doesn’t need marriage and kids to be happy. “I’m sure, because I was from a divorced-parent home, that was another reason I wasn’t like, ‘Well, that looks like a great institution.'”

It is no coincidence Ms. Aniston is twice-divorced. There’s a direct link between the way she thinks about marriage and her inability to sustain it.

There’s no way to have a healthy marriage if your attitude toward the institution carries with it a suitcase of painful childhood memories. To change your trajectory in love, you have to change the way you think.

Now, I wish I could say that’s all there is to it, but there’s more. Even if you’re not a product of divorce, when young women leave home they get walloped with the narrative that marriage should be postponed or even avoided altogether.

Take this recent article at Yahoo entitled “7 Reasons Not to Get Married, According to Science”:

“When asked about the secrets to living a long life, some of the oldest women in world agreed—stay away from men. Back in 2015, at the age of 109, Jessie Gallan, a Scottish woman, offered her advice to longevity: ‘Eat your porridge and avoid men. They’re just more trouble than they’re worth.’ And Gladys Gough, a British woman who lived to be 104, said, ‘I never got married or had a boyfriend either. That probably had something to do with it. I just couldn’t be bothered with men.'”

We’re delusional if we think this messaging has little to no impact. Such trash talk about men and marriage has been fodder in the media for decades. How could it not seep into women’s minds and hearts?

“I always had this feeling that if you got married, it was like the end of who you were,” the actress Sandra Bullock tells Barbara Walters.

At the end of the day, whether we’re a product of a happy home or not, we women get the clear message that marriage is oppressive, unnecessary, or both.

Societal trends matter because human beings are tribal by nature. Being part of a group is critical to people’s happiness. As humans, we’re hardwired to conform. Whatever the culture deems is the “thing to do” most people will do, even if that thing belies common sense or is flat out false.

So, how can women, in particular, get rid of the negative scripts they harbor so they can be successful in love? (Men suffer, too, but to a lesser degree when it comes to love and marriage.)

This will sound too simple, but by being aware of the fact that you’re living with these scripts in the first place. Doing so gives tremendous perspective to every problem you face. After you realize you’re living with a false vision based on other people’s journeys and beliefs, all of a sudden things that once seemed insurmountable now seem possible.

Once you know you’re doing this, you can switch gears. And then the whole world opens up. 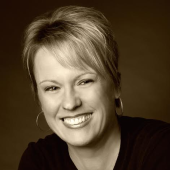 Suzanne Venker is an author, columnist and radio host known as The Feminist Fixer. Suzanne teaches women how to succeed with men in life and in love by rejecting the concept of sexual equality and embracing male and female nature instead. You can find more of her work at suzannevenker.com

How I Stopped Dating Bad Boys

How To Support a Friend Who’s Had a Miscarriage

Ms. Monopoly: The “Feminist” Board Game

Nagging is Abuse: How to Banish This in Your Relationship